Leakage at various points in pipelines found in chemical plants creates emissions. All such leakage points can be detected using various methods and instruments and should be noted by the plant engineer. Critical leakage points include flanged gasket joints and the Valve / pump gland packing, etc. Today the chemical process industry is gearing itself towards safer technology for better environmental protection and it has become every process engineer’s responsibility to design plants that limit damage to the environment through the prevention of leakage of any toxic chemicals.

LEAKAGE FROM THE VALVE GLAND OR STUFFING BOX is normally a concern for the maintenance or plant engineer. This leakage means:
a) Loss of material b) Pollution to the atmosphere c) Dangerous for plant employees.

For example, take the case of a steam leakage through the Valve gland. At 150 PSI, a clearance of just 0.001″ through the gland will mean a leak at the rate of 25 lb/hour. This equates to a loss of USD 1.2 per eight hour shift, or USD 1,100 per year. Similarly, a tiny drop of 0.4 mm diameter per second results in a waste of about 200 litres per year of costly oil or solvent. This leakage can be reduced considerably by using the bellow seal Valve. This article will now consider the construction and operation of the bellow seal.

The bellow is a critical component and forms the heart of the bellow seal Valves. To avoid any twisting of the bellow the Valve must have a stem with linear movement only. This can be achieved using a so-called sleeve-nut at the Yoke portion of the Valve Bonnet. A handwheel is fitted onto the sleeve-nut which effectively transfers a rotary motion of the handwheel into a linear motion in the Valve stem.

Bellow types
There are two main types of bellow: the Forged Bellow and the Welded Bellow. Formed-type bellows are made from rolling a flat sheet (thin wall foil) into a tube which is then longitudinally fusion welded. This tube is subsequently mechanically or hydrostatically formed into a bellow with rounded and widely spaced folds. The welded leaf type bellow is made by welding washer-like plates of thin metal together at both the inner and outer circumference of the washers – like plates. A welded leaf bellow has more folds per unit length as compared to forged bellows. Thus, for the same stroke length, forged bellows are two to three times longer than their welded leaf counterparts.

Reportedly, mechanically forged bellows fail at random spots, while the welded leaf usually fails at or near a weld. To ensure full penetration of bellow ends and end coller welding it is advisable to fabricate using micro plasma welding.

Bellow design
The multi-ply bellow design is preferred for handling higher pressure fluids (generally two or three plies of the metal wall). A two ply bellow can increase its pressure rating by 80% to 100% as compared to a single ply bellow of the same thickness. Alternatively, if a single ply bellow of a thickness equivalent to a pressure rating of a two ply bellow is used, the stroke length is reduced. Thus, a multi-ply bellow design offers a distinct advantage over a single ply bellow. It is clear that the bellow is subject to metal fatigue and this fatigue can induce weld failure. The bellow fatigue life is affected by the material of construction, fabrication technique, stroke length and stroke frequency, in addition to the usual parameters such as fluid temperature and pressure.

Valve options
The most common Valve types to be fitted with bellow seals are the gate and globe designs (see Figure 1).These are very suited for use with bellows due to their internal construction and axial movement of the Valve stem.

Based on available information, it seems that current bellow seal Valves range in size from 3 mm NB to 650 mm NB. Pressure ratings are available in from ANSI 150# to 2500#. Material options for the Valves include carbon steel, stainless steel and exotic alloys.

Applications
Heat Transfer media: hot oil is commonly used in industries such as synthetic fibres / POY (Partially Oriented Yarn). However, there is always a risk of fire due to hot oil spillage on highly inflammable chemicals. Here, bellow seal Valves can stop the leakage.

Vacuum / ultra high vacuum: some applications require a vacuum pump to continually extract air from a pipeline. Any conventional Valves installed on the pipeline can allow external air to enter the pipeline thorough the Valve stuffing box. Hence the bellow seal Valve is the only solution to prevent air from passing through the stuffing box.

Highly hazardous fluids: for media such as chlorine (see Figure 2), hydrogen, ammonia and phosgene, the bellow seal Valve is an ideal design as leakage through the gland is totally eliminated.

Nuclear plant, heavy water plant: in instances where radiation leakage is to be prevented at all times, the bellow seal Valve is the ultimate choice.

Costly fluids: in some applications leaks need to be avoided simply because of the high cost of the fluid. Here, an economic assessment often favours the use of bellow seal Valves.

Environmental standards: around the world, standards regarding emissions and the environment are getting more stringent day by day. It can therefore be difficult for companies to expand within existing premises. With the use of bellow seal Valves, expansion without additional environmental damage is possible.
via:http://www.wermac.org/valves/valves_bellows_sealed.html 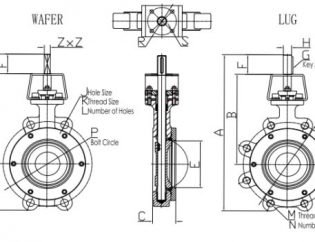 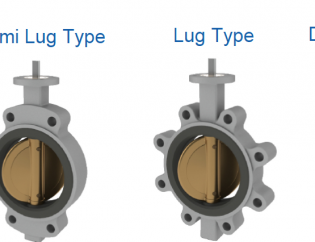 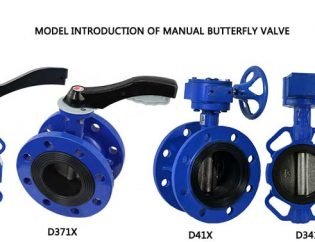 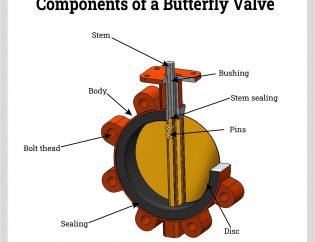 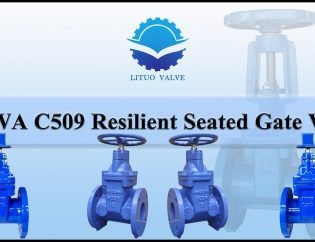 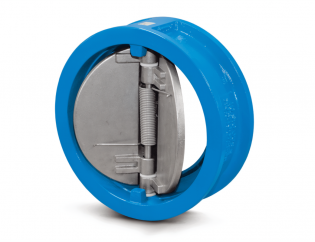 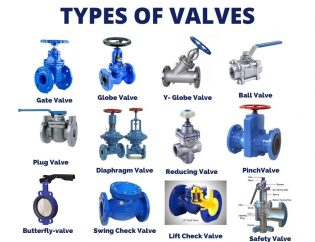 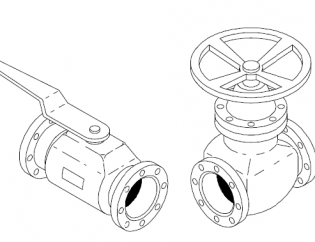